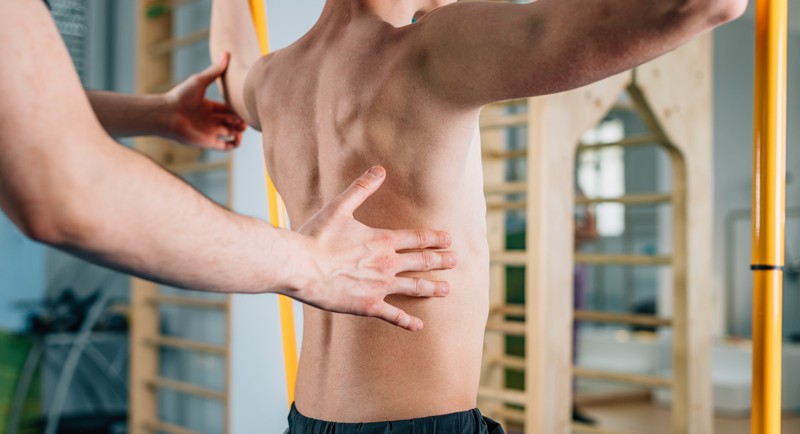 A Proactive Approach to Injury Prevention

Injury prevention is crucial for the prolonged participation and success of athletes.

Screening tests to determine injury risk factors have recently gained popularity. One screen in particular, the Functional Movement Screen, utilizes a series of fundamental movements, such as a squat, lunge, and stepping, to identify impairments that may lead to injury. Unlike many other performance tests, the FMS assessment captures quality of basic movement patterns and demonstrates limitations or asymmetries that predispose an athlete to injury. Once baseline of abilities is noted and risk factors are identified, a pre-participation training program can be implemented to optimize the athlete’s movement patterns. Through re-screening, the FMS provides a consistent measure of progress and provides valuable information in regard to the athlete’s readiness for sport.

Who Benefits From Functional Movement Screening?

You may be wondering, what about the weekend warriors? Or the active individual that although not an athlete, participates in regular physical activity? Functional Movement Screening can be equally beneficial for you too! As babies, we come into the world as symmetrical and limber beings. Over time, we develop muscle imbalances and asymmetries, causing our movement patterns to be less efficient and making us more prone to injury. The FMS is comprised of seven fundamental movement patterns which are designed to place the body in extreme positions requiring a great deal of stability and mobility. Based on how you perform each basic movement, we can determine the following:

Having a strong movement foundation is important across the spectrum. Because no one moves perfectly, anyone could benefit from an FMS screen. However, it is especially important to ensure optimal functional movement patterns if you are just starting an exercise program, currently exercising, have a sedentary job or lifestyle, or are recovered from a previous injury. Having a strong movement pattern will allow you to advance in your physical activities, as well as allow for greater freedom of movement during everyday life.

What Does an FMS Assessment Reveal?

The main areas of interest during the FMS include the hips, core, shoulders, knees, spine and ankles. What sets the FMS apart from many other movement screens is that it assesses dynamic movement, or the body’s ability to work together to perform a task. The FMS gives clues as to how the brain is controlling the body and how the joints and muscles are communicating with one another. Most all functional and everyday movements are performed with synchrony between different areas of the body.

For example, when performing a squat, the trunk and spine must work in conjunction with the lower extremity muscles and joints to complete the movement. If there are limitations, or faulty movement patterns in even one of those areas, there may be an inability to complete the movement or compensations elsewhere to achieve the position. When compensations are present, faulty neuromuscular firing patterns occur which results in a disconnect between how an optimal squat should be performed and how the body adapts to perform it due to limitations. If compensations remain uncorrected, the body is placed at an increased risk for injury. Overall, the FMS aims to seek faulty movement patterns, and, with the implication of corrective exercises, attempts retrain the body to move in the most efficient and stable way possible.

The Functional Movement Screen is not a self-assessment and must be administered by a trained clinician, such as a physical therapist. The seven movement patterns are scored on a scale of 0-3, with 0 indicating pain with the movement and 3 indicating normal or non-dysfunctional movement. There is no ‘passing’ or ‘failing’ the screen. The information obtained allows the clinician to develop an individualized approach to correct movement dysfunctions that may be present.

Whether you are an elite athlete or a novice exerciser, a Functional Movement Screen can reveal faulty movement patterns that may go otherwise unnoticed. In addition to a proactive approach to injury prevention, the FMS and subsequent corrective exercise program will allow you to feel and move better throughout your everyday life.

With physical therapy clinics in Saratoga Springs and Queensbury NY, Capital Area Physical Therapy provides professional PT and wellness services, care and sports injury evaluation. CAPT remains committed to using the latest technology, assessments and screenings to measure movement in ways that were never before possible. Call their Saratoga PT clinic at 518-289-5242, or their Queensbury PT clinic at 518-289-5242.