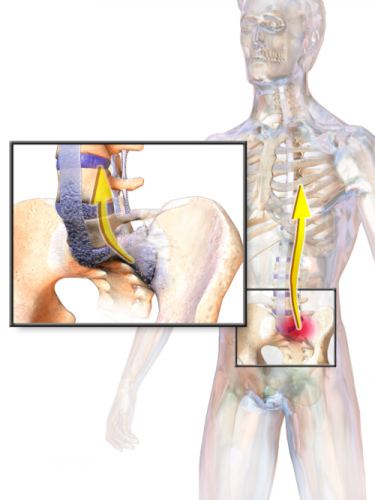 What Is Ankylosing Spondylitis (AS)

Ankylosing spondylitis (AS) is a type of inflammatory arthritis affecting the spine of younger adults. It is most common in people younger than 40, and usually begins slowly over several months with stiffness or a dull ache that is worse in the morning or after a period of inactivity, and improves with movement. Gradually, the pain can become severe, and bending the back becomes difficult, especially bending backward and to the side. Eventually, the spine may develop deformities.

The cause of AS is not well understood, but it is an autoimmune disease, and can sometimes affect other joints as well as the spine. It may also be called Bekhterev disease, Marie-Strumpell disease, or rheumatoid spondylitis. To make a diagnosis of AS, a physician will use imaging such as X-rays or MRIs along with the patient’s history and signs and symptoms. Treatment usually includes medication for inflammation, along with physical therapy.

To improve pain, stiffness, and function, and to maintain mobility of the spine and prevent deformity, physical therapy is the most important part of the treatment. As movement system experts, physical therapists develop individualized programs for AS that include everything from footwear and sleeping positions, to cardiovascular fitness, and exercises for posture, breathing, strength, and flexibility. Patients with AS who exercise improperly can make their symptoms worse, so physical therapists teach them how to exercise correctly and safely. And patients who move better, feel better!